Toyoda Gosei to Partner with Ossia Inc., a World Leader in Wireless Power

In recent years, Toyoda Gosei has focused increasingly on innovations that leverage its core technologies in order to achieve sustainable growth during a time of great upheaval in the automotive industry. With the aim of pioneering new businesses and adapting automotive products for CASE/MaaS technologies, the company is accelerating open innovation by partnering with startups and research institutes that promise synergy with its key strengths. In one such effort, it has been developing wireless power technology since 2014. That led in 2018 to the launch of the world’s first automotive interior equipped with LEDs that are wirelessly powered based on magnetic resonant coupling.

Ossia, founded in 2008 and headquartered in Bellevue, Wash., is dedicated to improving and advancing daily living through the worldwide supply of Cota® Real Wireless Power™, the company’s patented technology designed to deliver power over air without cables. This world-first technology employs microwaves and simultaneously powers multiple devices at distances of several meters. The technology received a CES 2019 Innovation Award, and is recognized globally.

Toyoda Gosei began collaborating with Ossia through an initial corporate venture capital investment in September 2019. This joint development agreement will bring the companies into stronger partnership and accelerate wirelessly powered inventions for a safer and more comfortable society. 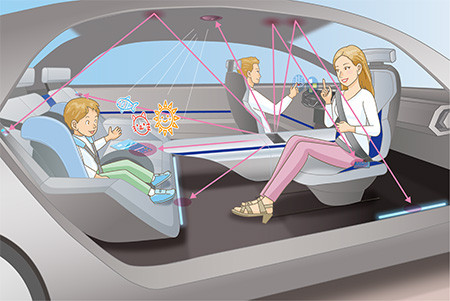 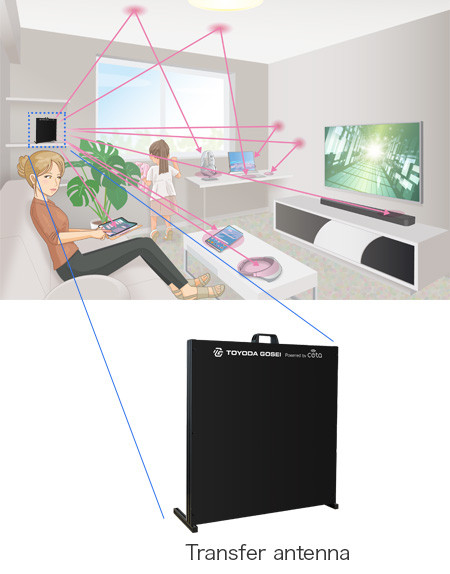