Companies’ efforts to combat climate change are surveyed from the four areas of governance, targets, Scope 32 emissions, and supplier engagement, and are rated in one of eight ranks based on that assessment. This year, approximately 6,300 companies worldwide were surveyed, after which about 500 companies corresponding to the top 8% were named to the Leaderboard.

Toyoda Gosei was rated highly for its CO2 reductions in coordination with suppliers, information disclosure on Scope 3 emissions, and efforts to combat climate change.

1 A not-for-profit organization (NPO) based in England that seeks information disclosure from major companies and cities in the world on their efforts to address climate change and water management, and conducts surveys and assessments. Its surveys are backed by institutional investors, and it is one of the ratings agencies most trusted by investors. 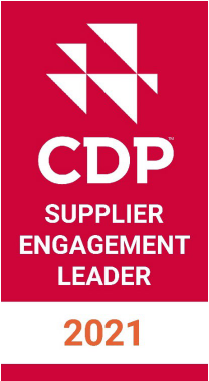