This award demonstrates the high global valuation of and expectations for gallium nitride (GaN) blue light-emitting diodes (LEDs), which Japan led the world in developing and commercializing. LEDs are characterized by compact size, long life and energy efficiency, leading to their rapid adoption as backlights for computers and smart phones and as a source of lighting. They are promising for society as an energy-saving light source and their spread to other fields is certain to continue.

Toyoda Gosei began research on blue LEDs under the guidance of two pioneers in the field, Professor Akasaki and Professor Amano, and succeeded in developing the world’s first blue LED. By 1995 we were able to offer blue LEDs commercially. Our LEDs have among the highest performance levels globally and are used by many customers for liquid crystal displays in smart phones, notebook and tablet computers, as well as general lighting. We continue to develop our technology to achieve higher brightness and efficiency that will contribute to reduced energy use in society.

As a manufacturer of rubber and plastic automobile parts, we also feel a responsibility to contribute to environmentally-friendly vehicles, and plan to place greater focus on supplying LEDs for a larger number of the components used in automobiles.

As stated by Mr. Tadashi Arashima, President of Toyoda Gosei, “Today, Toyoda Gosei representatives have the honor of attending the Nobel Prize Award Ceremony, and as a member of the pioneering team, we would like to express our joy in seeing Professors Akasaki and Amano awarded the Nobel Prize in Physics. This occasion has renewed our determination to pursue the LED business with a spirit of responsibility and pride.

We at Toyoda Gosei offer our sincerest wishes for the continuing success of Professors Akasaki and Amano”.

Relationship between the two professors and Toyoda Gosei 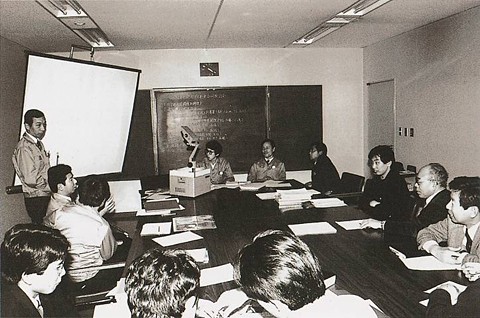 Established in 1949 and headquartered in Kiyosu, Aichi Prefecture, Japan, Toyoda Gosei is a leading specialty manufacturer of rubber and plastic automotive parts and LEDs. Today, the Toyoda Gosei group provides a variety of high quality products internationally, with a network of approximately 100 plants and offices in 18 countries and regions. Through its flexible, integrated global supply system and leading-edge technologies for automotive safety, comfort, and environmental protection, Toyoda Gosei is a global supplier that delivers the highest levels of satisfaction to customers worldwide.